Treasurer Josh Frydenberg is urging Australians to take advantage of a “big shake-up” in the labor market to get better paying jobs.

Although the Covid pandemic has caused the biggest economic shock since the Great Depression, the Reserve Bank estimates that Australia is already on track to see the unemployment rate fall from 4.2% now to 3.75% later this year – for the first time since 1974.

The Treasury analysis also shows that, unlike some other countries, Australia is enjoying a ‘big reshuffle’ rather than a ‘big step down’.

Speaking to the Australian Industry Group on Monday, weeks away from his March pre-election budget, Mr Frydenberg will call on Australians to join the trend to make the most of the boiling job market.

The new figures show that more than one million workers started new jobs in the three months to November 2021, almost 10% more than the pre-Covid average.

In the past three months, a record number of around 300,000 workers said they quit their jobs because they were looking for better opportunities, and it happened across all industries.

“Changing jobs allows workers to move up the ladder for better pay,” Mr. Frydenberg will say.

“When workers are in high demand, companies are more likely to invest in capital, making workers more productive and companies more efficient.”

“It also leads to better job matching, moving more skilled workers into more skilled jobs. All of this helps to increase productivity.

He said the pandemic has caused fundamental changes across the economy, providing a unique opportunity to assess Australia’s productivity challenges and opportunities.

As such, Mr. Frydenberg has asked the Productivity Commission to begin its second five-year productivity review.

“With a post-pandemic economy as a backdrop, the PC is tasked with developing an actionable roadmap to help governments put in place productivity-enhancing reforms,” ​​the Treasurer will say. 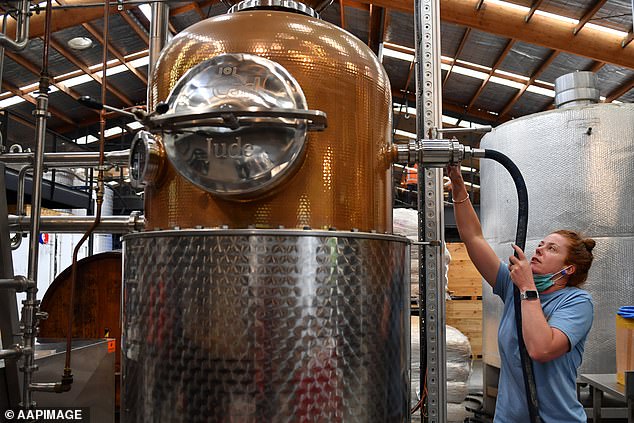 In the past three months, a record number of around 300,000 workers said they quit their jobs because they were looking for better opportunities. Pictured: A worker loads a still used to make gin at the Four Pillars distillery in Healesville in Victoria

“It will identify priority sectors for reform, including data and digital innovation and workforce skills.”

The review will be completed within the next 12 months.

The Treasurer will say that the level of government intervention should not become entrenched and permanent.

“Continued support at crisis levels would do the economy more harm than good,” he will say.

However, Mr Frydenberg is set to give tax breaks to companies and individuals who use rapid antigen tests to get to work.

In his speech on Monday, he will tell the AI ​​Group that the government is taking steps to remove uncertainty surrounding the tax treatment of such tests.

“Today I am announcing that we will ensure that Covid-19 testing expenses are tax deductible for tests carried out to travel to a place of work, giving businesses and individuals more clarity and d insurance,” Mr. Frydenberg will say. 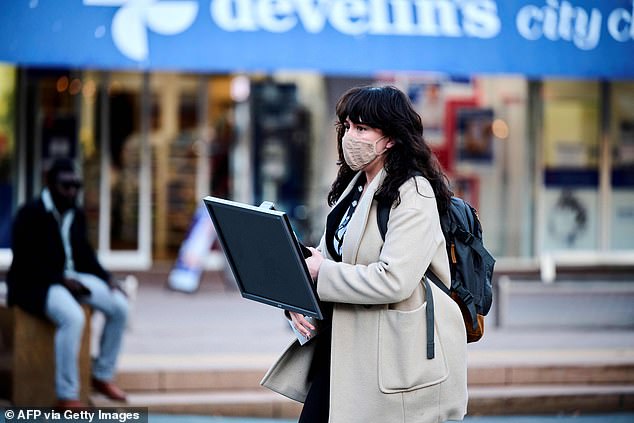 “We will also ensure that benefits tax is not borne by employers where Covid-19 tests are provided to employees for this purpose.”

Meanwhile, the Australian Bureau of Statistics will update its December retail trade report on Monday to include the quarterly spending result.

While the ABS has already reported a 4.4% drop in sales for the month of December, economists’ forecasts point to an 8.1% increase over the quarter.

Household spending accounts for a large part of the quarterly economic growth result, which will be contained in the December quarter national accounts due March 2.

A leading indicator of future employment will also come on Monday with the release of the ANZ job announcement series for January.